Video Ads May Be the Most Overlooked Side of Google Ads

Everyone knows that video is a powerful online force. Every day, people consume roughly 4 billion videos on YouTube – and about ⅓ of all online shoppers buy a product after viewing a video ad. Yet a lot of companies, both big and small, aren’t taking advantage.

Most a lot of business owners pay careful attention to Google search results by using SEO techniques on their websites. They start blogs to build a more authentic web presence and lure in more customers. But a lot of them overlook video ads – or just dismiss them altogether.

And that’s a mistake.

There are a lot of reasons why video ads perform so well. The obvious level of visual stimulation is a major factor, but there’s a lot more to it than that. Here are some reasons why you shouldn’t skip video ads:

How to Take Advantage of Video in Google Ads

If you’ve been at web advertising for a while, you may have noticed that it’s getting more and more difficult to bid on keywords. Why? It all boils down to good old-fashioned competition. Running traditional campaigns has gotten more expensive as you have to increase bidding and you may or may not see it pay off in the long run.

Because so many businesses focus so much on text ads and keywords, the video ad market is a little less saturated which presents a huge opportunity not only to reach a bigger audience but to do it cheaper and more efficiently.

So, how do video ads work? AdWords for video displays ads on YouTube. There are three different types of ads.

First, in-stream ads. These are the ads that play before a video starts or in the middle of a video on a partner channel. So, anyone who is uploading videos to YouTube can agree to run your ad on their channel. The people watching the ad have the option to skip it after 5 seconds. You’re charged if the video runs in its entirety, meaning the viewer chooses not to skip it. (For really long ads, you pay when the viewer gets 30 seconds into the ad without skipping.)

In-search ads show up in Google search results. Although you don’t pay unless someone clicks on them, they’re not quite as accessible as those ads that run in-stream. That said, someone who clicks on a video ad in the search results likely has a genuine interest in the product rather than being forced to watch it in their YouTube queue.

The third kind of ad is an in-display ad. These show up in a list of other videos that a YouTube user might be interested in but are clearly marked as an ad. If someone clicks on this type of video ad, you pay for the view. It has similar pros and cons to in-search ads, but it only appears on YouTube, not Google results.

One of the huge advantages is the ability to target customers demographically in a way you can’t with other types of ads - by gender, age, and interests. Basically, you have a lot more control over who is going to see your ad.

Here’s the best part - you only pay when someone views your ad, and you have access to all the data on who's watching, from demographics to location. This helps you tweak your demographics to fine-tune your ad’s results. Done correctly, you should be able to lower your cost-per-click over time.

Should You Use AdWords for Video?

It depends on your product and the demographics of your clients. Not all products translate well to video and some demographics are better reached in other ways.

Most people watch online videos these days, so there isn’t a large portion of the population that won’t be reached through a video ad. The one exception is something aimed at retirees or the elderly who probably aren’t spending as much time online as other generations.

Also, you really have to consider the type of ad you’re running. In-stream ads pop up when people are watching consecutive videos which means that the viewer may not be paying any attention to your ad at all. Maybe it’s a parent trying to get housework done who’s letting the kids watch cartoons on YouTube or someone who has a video playing for the audio in one tab while working on something in another. These people aren’t going to see your ad, but they aren’t going to skip it, either, which means that you’re paying for it without any possible ROI.

How to Do It Right

For most businesses, video ads are a great way to get exposure, often at a much cheaper cost than traditional online advertising. To get the most out of your ad, though, it has to be done the right way.

The goal should always be to create value for the viewer. For example, are you more likely to watch a video trying to sell you an instant pot? Or one that shows you a recipe you can make with one?

There are a lot of very effective video ads on social media right now that consist of an overhead shot of someone’s hands cooking something in the kitchen. Some of them are so well done, you may not even realize you’re watching an ad. But at the end of the video, there’s usually a link to the different products used in the video or to the brand’s website where you can get more information.

Think about what you’re selling and who you’re trying to sell it to. Then ask yourself: What do they want to know? Defining your demographic is the most important thing you can do when getting your ad together. You have to know who you’re trying to reach before you can create an ad that gets them.

Keep your video short - less than a minute is ideal. It must focus on presenting your keywords so that people who are looking for it can find it.

Use testimonials when possible. You can either ask satisfied customers to meet to record them on camera or have them record their own testimonial.

Online video is not going anywhere. In fact, its popularity is certain to continue to grow. That’s why focusing on your video ad game now is so important. The market isn’t as saturated, which means you can make a bigger impact while potentially spending less money.

When To Bid On Your Competitors Brand Name In Google Ads

When To Bid On Your Competitors Brand Name In Google Ads

How to Get Ad Copy Ideas From Your Competitors

How to Get Ad Copy Ideas From Your Competitors 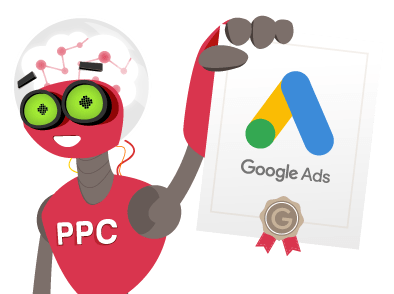