How We Doubled Revenue By Implementing A Simple Email Strategy

We doubled incoming revenue for our client, a delivery service that offers a subscription model for their product, by implementing a super simple promotional email strategy.

In 2018, PPC Masterminds began testing over a three-month period to see if we could bring a delivery service client more customers — and more revenue — by implementing a new email campaign. Their current model had them sending out two promotional emails a month, both with a decent design, but they weren’t getting the customer engagement they needed.

Here’s what we did to double their revenue.

In our test, we increased the number of monthly emails to four, or once per week. We also added value emails into the campaign, alternating between promo and value emails each week. We made the decision to send four emails to avoid coming off as spam to the customers who were used to only receiving two per month, and added in the value email content to build trust and increase engagement with their customer base.

By creating that higher level of trust and engagement, we also increased interest in the promo emails they were already receiving!

We sent out the value emails on every second Thursday, with Promo emails going out on alternating Tuesdays on the weeks that value emails were not being sent. We moved the emails from being sent between noon and 2 pm to an earlier time slot between 9:15 and 10:45 am. We made that decision based on research, here is an article that explains the best time to send emails and why.

Proof of Concept and Results

This graph illustrates the open rates vs. unsubscribes rates of the customers. As you can see, increasing the frequency of emails did NOT result in a higher unsubscribe rate!

This graph shows the overall increase in engagement for both clicks and open rates over the months following the changes we made – in the end, there were still no changes or increases in the unsubscribe rates.

After we changed the timing of the emails to an earlier slot, we saw a huge increase in interaction and open rates: nearly 100 additional users opened the emails we sent out! You can see the change in the images below:

Here is what we found through our testing and the implementation of our changes as well as a few things you should keep in mind for your email campaigns:

Don’t send too many promotional

Offer your customers information and value, not just deals and discounts

Customers who sign up for your mailing list shouldn’t just get bombarded with advertising and discount offers – you need to offer them more. Sending out helpful and informative emails between your promotional emails will increase customer engagement and open rates, making your clients feel valued and interested in the things you have to say. In the end, they’ll also be interested in what you’re selling.

Sending emails that reuse the same images, content, or subject line will make them effectively invisible to consumers. You need to keep things fresh to get the attention of your mailing list, and to show them you are putting effort and thought into your campaigns. You can’t expect customers to be responsive if they don’t feel valued and engaged.

To achieve the results we got with this campaign, we examined the data we had available from their existing emails and consumer base. We then took what we had and used it as the basis for our new campaign, creating a value-based system of emails designed to gain consumer confidence and brand trust.

Our content and design teams spent months working together to create and implement the changes without any disruption to the customers.

The email team was provided approved topics to cover and worked along with the template design team to create a cohesive user experience. The emails were then scheduled and sent out. The Data and Analytics we collected were seamlessly transferred into a Google Data Studio report via Super metrics connector.

If you have any questions about this project, let me know in the comments section below! 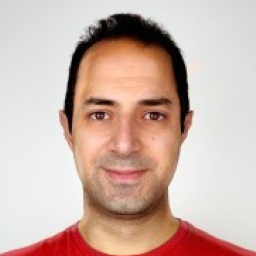 How We 5x’d ROI in 3 Months Using Only PPC: A Step by Step Guide